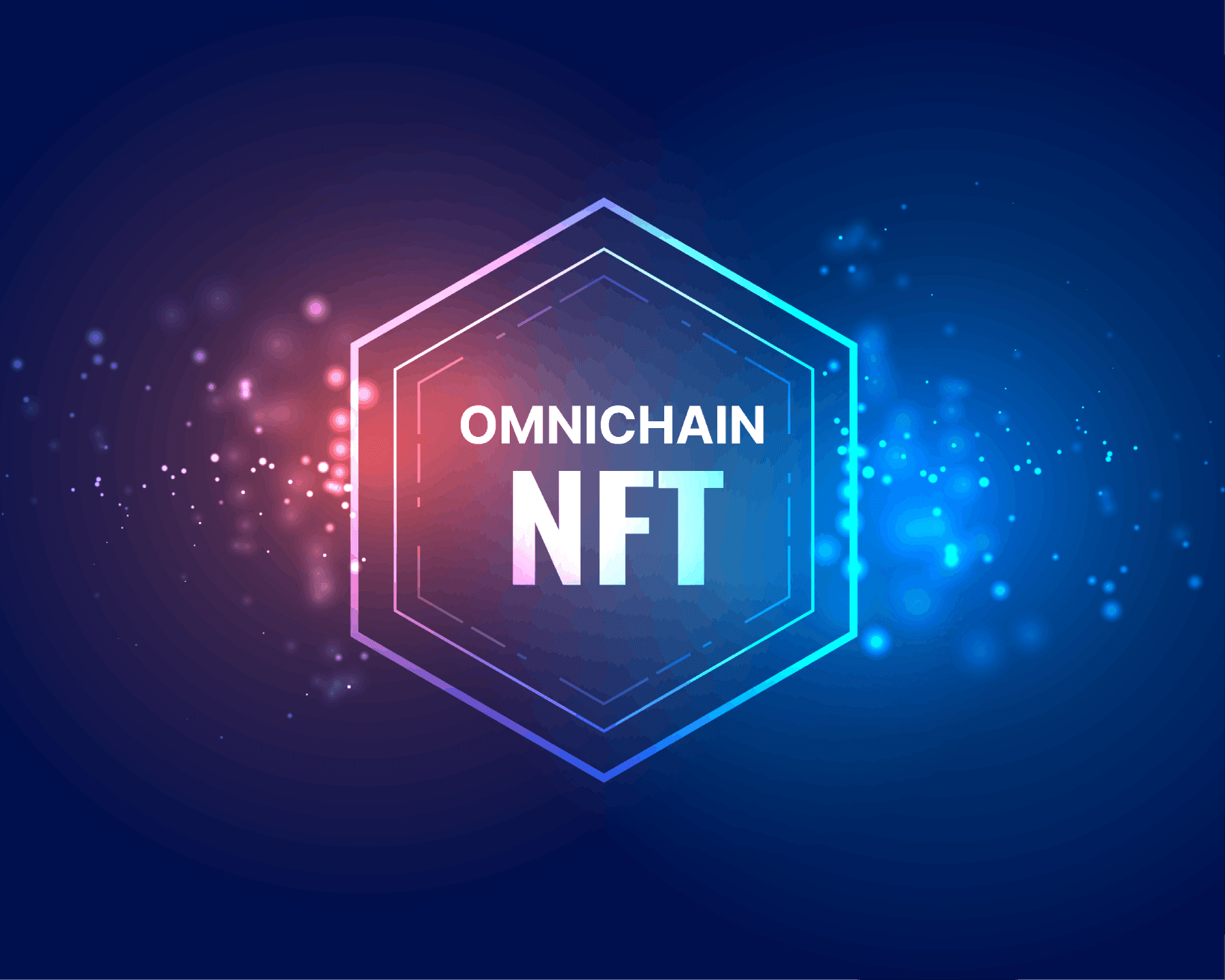 What Are Omnichain NFTs?

Recently, the Omnichain, and Omnichain NFTs in particular, have been the subject of much chatter. LayerZero Labs, a team based in Canada, developed the LayerZero interoperability protocol, aimed to natively support cross-blockchain communication. The team raised a significant round in early 2022. Leading venture capital firms led the impressive $100M round at an over $1 Billion valuation.

From my perspective, it appears that LayerZero invented a new crypto phrase altogether. Searching for Omnichain turns up very few results.

What is Layer Zero?

LayerZero is a messaging transport layer that makes it easy for smart contracts to communicate with one another on a range of different blockchains.

It doesn't sound easy, but it's actually really simple to understand.

Imagine you want to deploy a smart contract on Solana. However, you'd like to interact with this contract and use it on various blockchains. You'd want to use it in your Phanton Solana wallet and your Ethereum Metamask.

How Does LayerZero Make It Work?

LayerZero deployed a set of smart contracts on every supported network. This means that they have a contract on Ethereum, Solana, Polygon, Fantom, etc.

You must interact with Layer Zero's contract first to interact with your contract. This LayerZero messaging contract will communicate with your deployed contract and transfer any actions accordingly. Your original contract will be based in a network of your choice, say Polygon, and users will interact with it from wherever they choose. This concept brings new and exciting opportunities for Web3 developers who can now create new interoperable solutions.

Which Chains Does LayerZero support?

LayerZero's initial protocol implementations support Ethereum, Arbitrum, Avalanche, BSC, Fantom, Optimism, and Polygon, compatible with the Ethereum Virtual Machine (EVM). Down the roadmap, the LayerZero team also plans to include non-EVM chains such as Cosmos Hub, Cronos, and others in the future.

Once this happens, the Omni chain concepts become even more magical. First, imagine using a single NFT across Ethereum, Cosmos, Terra, and Solana. It will open a brand new opportunity for native cross-chain crypto communities. Second, a vast liquidity opportunity will suddenly be available on the market.

What is Omnichain Communication?

Omnichain NFTs are the apparent solution for future Omnichain communication and contract applications. For example, users could trade 10,000 NFTs on one chain on numerous networks. The LayerZero protocol lets you do precisely this.

For example, Geshet.io is now releasing Omnichain membership NFTs. I want people from every chain to be able to use and buy it, not just Ethereum users. LayerZero is a great way to accomplish this.

In addition, as the metaverse expands into more domains and blockchains, having NFTs available across these ecosystems is highly beneficial. You could sell or trade NFTs on multiple marketplaces, choosing the one that suits you best.

Additionally, an obvious use case is also DeFi solutions, which could natively trade across diverse blockchain networks. This could decrease today's imminent risk on cross-chain bridges, as we'll discuss right now. This could help bridge liquidity from different networks, leveraging the true power of blockchains.

In general, LayerZero is similar to Cosmos Inter-Blockchain Communication (IBC) protocol. The Cosmos IBC is a decentralized module that securely allows separate chains to transfer messages without any intermediaries.

The LayerZero platform is distinguished by the usage of Ultra-Light Nodes (ULNs). These present a new model for securely transferring messages between chains cost-effectively.

LayerZero's omnichain messaging model differs from the cross-chain approach, which uses a bridge to migrate assets directly to other blockchains. For instance, when I bridge ETH over the Ronin bridge to use the Katana decentralized exchange, that's a cross-chain application, and my ETH moves from Ethereum to Ronin.

The Rise of Omnichain NFT

NFT applications have seen a surge of interest in many blockchains. For example, dom, the creator of Loot and beyond, pondered out loud about how to readily track an NFT on different chains. There's even a new standard supporting trustless NFT refunds!

While cross-chain tracking has always been a problem, many people are excited about the arrival of LayerZero because it will enable NFTs and related projects to become omni and exist in a much broader sense.

With a closer look, we can trace the current growth in omni chain NFT interest to the launch of Stargate Finance, a bridging protocol, and the first application to launch on LayerZero. After the launch of this inaugural application, people have been looking for other promising use cases, of which NFTs certainly rank high.

Nevertheless, omnichain NFTs are not new or exclusive to LayerZero. The Optimistic Oracle in the UMA project is already capable of some omni chain-like functions. As recent advancements are made and further innovations are made, I predict omnichain activity will take many additional forms.

One of the first omnichain NFTs that launched on this new protocol is Gh0stly Gh0sts. This project consists of 10,000 Ghosts originating in a single contract on the Ethereum Mainnet. The cool part is that it can trade natively on both Ethereum, Polygon, Binance Smart Chain (BSC), and more. Looked at the attached

around Unsurprisingly, the ghost-themed, free-to-mint CC0 project has seen the most trading activity on Ethereum thus far. Still, it is noteworthy that all 7 of the LayerZero chains have already seen Gh0stly Gh0sts transactions. Therefore, the omnichain NFT era is officially underway.

For example, look at the screenshots below. The collection has a total of 10,000 items, out of which the most are trading on Ethereum, some are trading on Polygon, and even less are on BSC. There are several chains as well on which the project is trading, such as Fantom, Optimism, and Arbitrum.

What I find the most exciting is that a total of 10,000 pieces are trading natively. You cannot override this cap, and you don't need to lock items in a bridge. This is because the protocol bridges message (transactions), and not assets (like tokens or NFTs).

Join Before It's Too Late​

Security has always been a concern when bridging assets across distributed networks. Every couple of days, we see a terrible hack, the Ronin bridge, the Wormhole bridge, which happened not long ago. These unfortunate cases resulted in hundreds of millions in liquidity lost.

One of the premises of Omni chain communication what to bring is a different way of cross-chain interoperability. We want to feel safe, especially when interacting with other networks. Imagine minting an NFT on Solana, trading it on Opensea, but then losing it for an unfortunate hack. Like it or not, it's a possible attack vector.

As the world of distributed security is growing, so will Omni chain security's growth pains. I'm sure we will be evident to painful hacks. These are, however, crucial for the healthy growth of the ecosystem. LayerZero just introduced a bug bounty program, aimed to address these exact issues.

Building A Community Over Multiple Chains

Omni chain solutions could bring a new era into the crypto community-building world. Currently, most NFT communities are limited to single blockchains. As a result, new projects have to strategize their future and lock themselves into one chain meticulously. From a chain-based perspective, this works perfectly well for the chain itself. However, for the project, this can create some limitations.

For example, there's a higher chance of collaboration between projects. Your NFT project could natively collaborate with any NFT on a different network. Furthermore, you could share your vision and expand your userbase into new ecosystems and blockchains.

Omnichain Communication Is Here to Stay

By utilizing omnichain NFTs, many projects and blockchain projects can benefit simultaneously. In addition, such technology may be a pivotal catalyst in bridging non-trivial NFT activity to other ecosystems.

However, I also believe there is a "king of the hill" effect in play, in which, over time, omni chain NFTs could ultimately prove the most beneficial for Ethereum, i.e., they can play a huge role in solidifying and extending Ethereum's already extensive influence that much further at the same time as also advancing the impact of other networks in parallel.

Until not long ago, every blockchain ecosystem behaved as a siloed, closed garden-like structure. I'm bullish on any cross-chain solution which allows native interoperability and believe we'll see new applications every day.

You can learn more about LayerZero on their Discord channel right here and check out their Twitter account!

Special thanks and inspiration to Metaversal who inspired me to post this article!